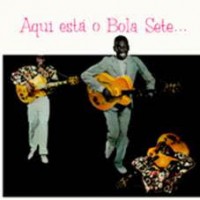 The Brazilian born master guitarist Bola Sete *literally translated to "Seven Ball" and a snooker reference( originally studied music at the Conservatory of Rio while playing in his own jazz sextet and small samba combos. Sete spent time in Italy and also absorbed jazz influences as he was a avid fan of Charlie Christian and Django Reinhardt. It was these influences, along with the local samba and bossa nova flavor he was absorbing on a daily basis in Brazil that form the foundation of his sound. This record, his debut album from 1957, combines those influences beautifully in a perfect jazz samba setting, a fully formed artist who had been a professional musician for years before releasing this album. Sete counted among his admirers and fans such disparate legends as Dizzy Gillespie and John Fahey, and one listen to this masterful debut will tell you why. An absolute essential on 180 gram vinyl.