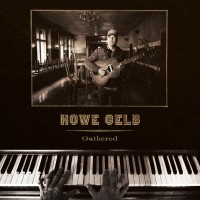 Former Giant Sand frontman Howe Gelb makes it a cool two-dozen solo albums with 'Gathered'. On his LP we find Gelb doubling-down on that Tom Waits-inspired sound that has served him so well of late. We're talking more 'The Heart Of Saturday Night' than 'Mule Variations', by the way - crooners instead of howlers. Guests include M Ward, Anna Karina and the superbl-named Juan Panki.

Pollard, Robert
Of Course You Are