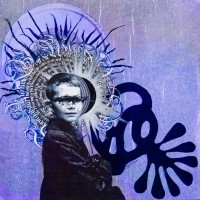 Repress!!!!Revelation is the first album that was fully recorded & produced at Antons recording studio in Berlin . It is the 14th full length release from the Brian Jonestown Massacre recorded from late 2012 to early 2014. With Anton Newcombe refining the 13 tracks that appear on the album The band are touring the UK & Ireland in 2014 Featuring Ricky Maymi an original member of the band plays on this album. It also features Joachim Alhund (Les Big Byrds) , Constatine Karlis (Dimmer), & Ryan Van Kriedt (Asteroid #4) . Plus vocal performance in Swedish by Joachim Alhund (Les Big Byrds) on the opening track . This album brings the traditional Brian Jonestown Massacre sound mixed with eastern influences & bringing it up to date with the benefit of all the additional weirdness that's been discovered in the past 40 years. Two dozen band members later and numerous "ups and downs" (some have been famously sensationalized in the media ), the one thing that has always remained consistent for this psychedelic collective, is front man Mr. Anton Alfred Newcombe