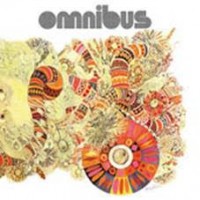 Originally released in 1970, now reissued, this LP by a band from New Jersey had an amazing psychedelic sound that took all the right elements from west/coast bands s.a. The Doors or Jefferson Airplane, Bosstown sound acts à la Ultimate Spinach or Chicago hipsters like H.P. Lovecraft to produce its own brand of psych rock, featuring strong, dramatic vocals, tons of fuzz guitar and swirling organs. This awesome reissue comes with a full SECOND LP featuring previously unissued material, AND an extra bonus 7/inch with the garage killer -The Farm-, which would have been an explosive 45 for the band had it not been withdrawn from release. And to top things off, you also get a poster and a 4/page booklet

Eyes Of Blue
In Fields Of Ardath