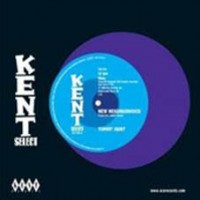 Burrell, Joe & Kae Williams/pookie Hudson
There Was A Time/this Gets To Me

'There Was A Time' was best known to rare soul fans as 'Our Love Is Dying' by Kae Williams, even being given a fake Treasure Island label for some YouTube clips. The truth is it was an unissued tape find that was illicitly passed on to soul aficionados from a US tape copyist. Understandably, given the haunting quality of such a great soul song, various DJs had it cut to acetate and it was named after the most prominent line in the lyrics and accredited to the only name known at the time - producer Kae Williams who owned the Junior label (and produced the song) it was recorded for. The real artist was the obscure Joe Burrell, as revealed by the master tape which was acquired by Jamie Records who ran the major soul labels in the Philadelphia area. We have coupled it with the all/time Northern classic his Gets To Me' by Pookie Hudson, which is in constant demand and has been unavailable for many years

Mccall, Toussaint/natural Resources
I'll Laugh 'till I Cry/if There Were No You