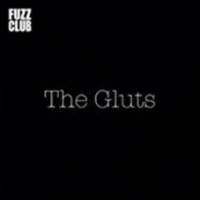 The Gluts from their native Milan to bring them aboard Soup Studio, a boat turned recording studio in East London's Trinity Buoy Wharf. A formidable live force, the session sees them scorch their way through six tracks of relentless, grimacing noise-punk that captures the band-s snarling, fuzzed-out power in all it-s glory / translating just as well in the studio as it does when they-re on stage. The LP contains five tracks from their Fuzz Club released sophomore album, Estasi (2017), and one cut from their debut album Warsaw (2014).