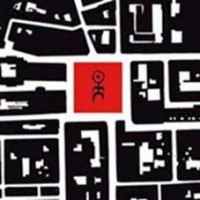 Einstürzende Neubauten are regarded as the most important engines in the development of new musical strategies. Hardly another German band has characterized the music landscape as lastingly as Einstürzende Neubauten. Their influence on the music world was and is as great as their timeless character. With -Grundstück-, a real rarity is being released on the commercial market for the first time. Originally issued in 2005 as a small, limited edition, strictly intended only for registered band supporters, this much sought/after album is now officially available as an LP including a DVD with previously unpublished film recordings of the project and an extensive booklet. The DVD that comes with the package will be NTSC "all regions"Tracklisting LPSide A1 GS 12 GS 23 Unseasonable Weather4 GS 35 Vox Populi6 November & Sie lächeltSide B1 Good Morning Everybody2 Neun Arme & Die Nacht3 Wo sind meine Schuhe_4 Tagelang Weiss