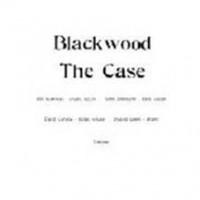 The title alone is portentous, at the very least semi/evil sounding. Fear not, there are no devils, demons, or witches lurking in these woods. Instead we have a heretofore almost completely unknown and rarely spoken of album of nine original tracks, self/released on the legendary RPC Records label by a group of self/motivated teens from Pennsylvania. Luckily for lovers of musical mayhem, the Case got access to their school music room and a four/track recorder over a Christmas break in 1971. A rock/solid, hard/driving rhythm section lays down the necessary underpinning for moody organ and beautifully/toned guitar. There is sheer joy at play here, a kind of rock -n- roll exuberance/with ample raw talent and wicked riffing/which shines through on every cut. Terrific raw, primitive album, simultaneously loose and intense, like the Velvet Underground at their best. Terrific primitive album recorded in 1971 by some very advanced high/schoolers during their Christmas vacation, self/released on the legendary RPC Records label Color insert includes notes by the band ] rare photos 180 gram vinyl, limited to 500 copies.

Farmyard
Back To Fronting