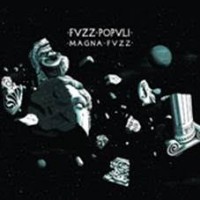 One year after their rough, lo/fi and rude debut album @Fvzz Dei@, @Fvzz Popvli@ gave the birth to their 2nd creauture @Magna Fvzz@ in latin the Great Fuzz. This newborn is composed by 7 killer tracks between the 60-s and 70-s psychedelic rock till the 90-s Heavy Psych, the album sounds bright and clear with a typical warm rock-n-roll sound and obviously tons and tons of fuzz! The last homonym track is a featuring with Bazu on the Synths, from the mighty acid rockers @Giöbia@. Highly recomended if you are a fan of @The Stooges@, @Black Sabbath@ and @Hawkwind@!