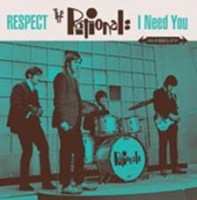 Re master of 2 of the U.S hit singles by the band described as U.S version of the KINKS. Led by Scott Morgan whose soulful voice and phenomenal song writing later made him the legend that he is today . "Respect" was issued as an A side many months before the global success of Aretha Franklin's version. Produced in picture bag and limited to 450 copies worldwide . Steve Correll / lead guitar, vocals Bill Figg - drums Scott Morgan / guitar, vocals Terry Trabandt / bass, vocals

Rationals
Out On The Floor