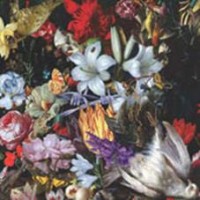 The Nightingales formed in 1979. The post-punk Brummies, fronted by Robert Lloyd, were favourites of John Peel and John Robb. They split in 1986 after making three albums. They reformed in 2004 and Perish the thought will be their 7th post/reformation LP. The album features guest performances from The Wolfhounds, Near Jazz Experience and Stewart Lee.

Violent Femmes
We Can Do Anything