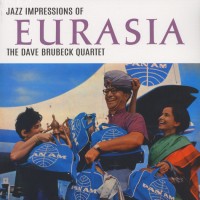 In 1958 the Dave Brubeck Quartet traveled to Europe and Asia on a state department funded tour to promote jazz music across the continents. They played 80 concerts in 14 different countries and this album is directly informed by that tour. Brubeck-s compositions here draw from the folk idioms of countries they toured and incorporates them into a jazz structure. All the compositions here were written by Brubeck while on that tour and as soon as they returned the group, featuring of course on alto sax the wonderful Paul Desmond, entered the studio to get them down on tape. Featuring early explorations into Indian and Middle Eastern musical forms within the jazz genre, this album often does not get the credit it-s due for helping to expand the musical palate of jazz. Essential jazz from an American legend.