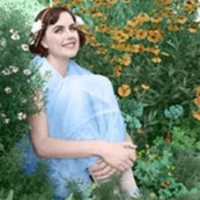 "Joe Meek meets The Shangri/Las and Beach House in a space age bachelorette pad of infinite tears." Mojo The Loneliest Girl is the third studio album by New Zealand musician Chelsea Nikkel, better known as Princess Chelsea. It was recorded by Chelsea between 2016 and 2017 in her home studio in West Auckland, New Zealand. The Loneliest Girl examines the loneliness and ultimately the artistic satisfaction a strong work ethic can bring, the result of which is this eclectic collection of pop songs. As a studio based artist Chelsea was conscious of not wanting to fall too deep into a production hole for her third album and wanted to more than ever before capture moments of inspiration, madness and spontaneity on record. Chelsea-s trademark arrangements featuring classic 80s Synths (Yamaha DX7, Roland D/50), ambient guitars, and orchestral instruments are all here but are presented in a more refined and simple manner than on her previous releases. Stylistically The Loneliest Girl moves away the more uniform synth sounds of The Great Cybernetic Depression to more eclectic territory similar to her first release Lil- Golden Book and certainly sounds like a record made by a lover of pop music across all genres from 60s girl groups to 80s power ballads, and late 80s acid house to 90s pop. Like her earlier work, adult issues are presented in a humorous and sometimes childlike manner, and this juxtaposition rather than softening the blow makes jarring social commentary hit harder.

Princess Chelsea
Everything Is Going To Be Alright