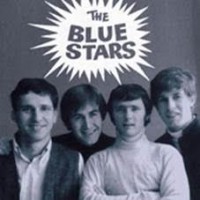 Blue Stars, The
Social End Product / I Can Take It

Formed in Auckland in 1962, The Blue Stars only managed to release three singles but their 1966 track 'Social End Product' (off their second 45, which failed to chart at the time) has since become one of the holy grail records out of New Zealand. Its snarling vocals, fuzzy guitars, pounding rhythm and defiant attitude have made it legendary among freakbeat and 60s punk fans. It's backed on our reissue with the raucous 'I Can Take It', the B side of their first single, another scorching freakbeat nugget.TRACKLISTSide ASOCIAL END PRODUCTSide BI CAN TAKE IT

Various
Back From The Grave Vol.3 & 4

Legends
If I Had A Nickel/rember What I Told You