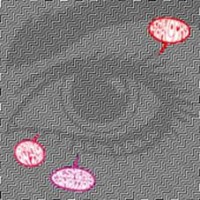 Morlocks
Bring On The Mesmeric Condition

In the great time of the sixties rivals at the beginning of the 1980s, when young bands appeared on the US west coast, reinterpreting mangy garage rock and psychedelic pop as powerfully as they were new, the Morlocks were among the protagonists of the garage punk scene. Jim Diamond breathes in the "Motor City" sound on the band-s new album.

Childish, Billy & The Musicians Of The British Empire
It Should Be Me

Electric Mess
Falling Off The Face Of The Earth