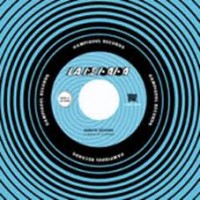 The sound of an oar in the water, the wail of a stream train, the roar of cars, the mambo, the cha cha cha, rock & roll, all of these have shaped the sonic landscape of the world's fifth largest city, Mexico City in the Valley of Anáhuac. This megacity has been one of the great repositories of the Latin American musical tradition and musical exiles.La Redada, a sextet of tropical psychedelic music from the capital of Mexico consisting of Carlos Icaza, Julian Huerta, Daniel Llermaly, Oscar Ojeda, Feike de Jong and Fernando Caridi, references Latin American music from the 30s to the 70s, reinventing sounds hidden in crates of second-hand vinyl. La Redada takes these songs with the goal of revisiting an imaginary past of Mexico City, where musical adventure, the energy of dance and the variety of human experience contained in this city of 20 million people reign.The sound of La Redada is determined by its instrumentation: drums, organ, bass, percussions, woodwinds and theremin. The composition of the band is cosmopolitan, numbering two Chileans, a Dutchman and three Mexicans. The band's members have played in distinct scenes in Mexico City, such as surf, garage, free jazz, noise, electronic music and tropical music among others.During its short history, La Redada has shared the stage with artists such as Brian Wilson, Devendra Banhart, Seun Kuti, Ty Segall, Black Rebel Motorcycle Club, The Black Angels, Hoppo, Gaiteros de San Jacinto, Botellita de Jerez and Carlos Marks. In February 2018 La Redada was invited by Gilles Peterson to play on his show that he recorded in Mexico, and was also named as part of the Class of 2018 by Vice's Noisey Blog, being listed as one of the 20 most anticipated acts in Latin America for this year.La Redada has participated in festivals such as Carnaval Bahidorá, Trópico in Acapulco, the Festival de la Paz in Baja California as well as Hipnosis and De Repente Enrededor in Mexico City. The group has also played in iconic spaces and events in Mexico City such as Museo Experimental El Eco, Centro Cultural Universitario Tlatelolco, the Material Art Fair, the World Bicycle Forum, the Pasaguero and El Departamento.TRACKLISTA. ABRETE SÉSAMOB. AFRICA BOM