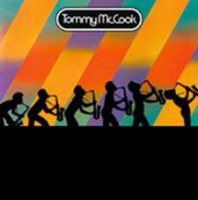 Tommy McCook or, as it was known on its initial release in 1969, The Skatalite is a collection of some of the greatest ska tunes ever put to tape. Recorded By Arthur @Duke@ Reid at his legendary Treasure Isle Studios / named after the family run liquor store that the studio was above on Bond St. in Kingston, JA / these classic recordings feature Roland Alphonso, Don Drummond, Rico Rodriguez, and all the original Skatalites. Also including some classic vocal appearances from some of the biggest names in ska history> Justin Hines, Stranger Cole, and Millicent @Patsy@ Todd, the album is a perfect blend of Skatalites instrumentals and vocal tracks. Ska is the heartbeat that created the worldwide cultural phenomenon that is reggae music and at the very center of the ska universe you will find Tommy McCook and The Skatalites< dig here on some of their most historical and influential recordings, and start skanking!