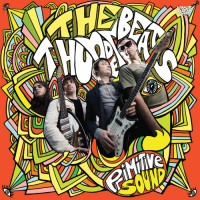 This album have been recorded with love and respect towards great musicians, who rocked the world faithfully and heavily in 1960s. Rock music was the only thing in the world for these 20/yr/old guys , the meaning of life itself. Now these guys are in their mid 70s, half of them are in a better world already, and modern young boys mostly don-t know about their existence. But all modern music is still heavily infected by this taint. At least, that-s what we believe in. The album was tape recorded, mastered with prehistorical devices and with no digital equipment used, but that was not stylisation. We just still feel this infection, spread by those guys in the days of old.

Kruger, Lucy & The Lots Boys
Sleeping Tapes For Some Girls