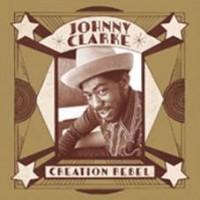 A great collection of classic roots recordings from the mid/70-s for the singer who came close in challenging Bob Marley ^ Dennis Brown for reggae-s crown. All re/mastered recordings available as 23/Track 2LP/set in a gatefold sleeve, both with in/depth sleeve notes by Noel Hawkes. The release is supported by several summer festival appearances.Only Johnny Clarke would come close to challenging Bob Marley ^ Dennis Brown for reggae-s crown, his unequaled run of hit songs, powered by Bunny Lee and King Tubby-s aggravating versions, continued without a pause during the mid/70-s leading Johnny to twice being named Jamaica-s Artist Of The Year *and the signing of a two album recording deal with Virgin-s Frontline label(. Many of Johnny Clarke-s classic roots recordings gathered here were first given wider international exposure in 1998 with the release of Blood ^ Fire-s excellent 13/Track @Dreader Dread / 1976/1978@ compilation, which has disappeared from the market for several years. Now re/mastered and drastically expanded, with a new artwork and entitled @Creation Rebel@ the release captures the very essence of what is now regarded as the golden age of roots music!