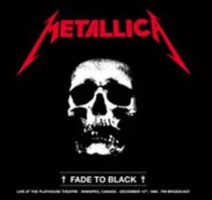 Recored in December 1986 on the legendary Damage Inc. tour insupport of their classic 3rd LP, Master Of Puppets, the thrashkings of California shredded their way through unsuspectingWinnipeg, Manitoba, Canada. The show was one of the first tofeature new bassist Jason Newsted, and took place less than 3months after the tragic death of Cliff Burton. Despite theinternal turmoil ]the band planned to fire Lars Ulrich at theend of the tour though that obviously never happened*, and thetragic death of Burton, the band left it all out on stage andperformed as if on a mission. Pure ripping thrash metal from the band that perfected the form, years before they sold outand went mainstream. Essential.

Metallica
Metal Up Your Ass

Down
Diary Of A Madband (3xlp)