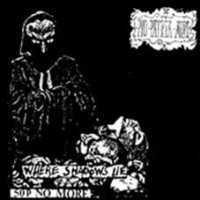 Pro Patria Mori, meaning @to die for your country@, formed in Wokingham, Southeast of England in 1984. Though they never released any records, not even a track on a compilation but they did record two demos of which Where Shadows Lie is the second. Recorded and released in 1986, the demo is a total jewel of that era. It's aggressive and fast paced anarcho punk with dual vocals, spoken word pieces, eerie interludes and dark political lyrics. The band were offered a release on Peaceville Records which never happened and played lots of gigs with Anti Sect and toured Italy playing a two day festival at the Virus in Milan. This release comes with a A3 Lyric Sheet plus a 44 Page Booklet with interviews, handouts, Fanzine pieces, reviews and more. If you yearn for the glory days of the 80's and Anti Sect, Anti System and AOA / then this is a must. Demo Tapes have put their heart and soul into this release.