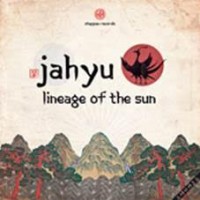 JahYu> the Korean word for reedom', this is an artist whose music is rooted in the notion of freedom, freedom of sound, freedom of expression, freedom from mind and freedom of the soul. JahYu uses his creative freedom to connect directly with his ancestors and create music that somehow transports the listener through time and space. Oriental flute and string melodies slide effortlessly amongst powerful roots/based dubstep, creating a sound that is unique and full of flavour. This enigmatic Korean/German producer blends both sides of his heritage, the digital steppers that emerged from Europe in the 1990's alongside the traditional oriental music of his mother's homeland, Korea, augmented by a deeper exploration of contemporary bass music. It is said that JahYu's family descend from the same lineage of Go Jumong, the founder of the great Goguryeo Kingdom of the Far East, a people renown for their ancestral worship and unique musical expression. Goguryeo music was even adopted as official court music for the powerful Sui and Tang dynasties of China, many times throughout history these Chinese dynasties were at war with Goguryeo, however, the music of the enemy, Goguryeo, was still able to flourish in China and has been consistently performed across Asia for hundreds of years. Perhaps this explains the majestic qualities of JahYu's music. JahYu's productions provide us with the opportunity to discover our ancestral roots through music. Roots music is not a sound, it is a feeling and a feeling that JahYu is able to evoke with profound intensity.