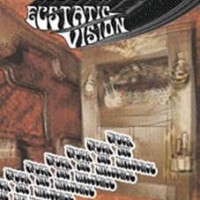 ECSTATIC VISION introduced their brand of heavy primal psych influenced by groups like Hawkwind, Aphrodites Child, Olatunji, Can and early Amon Duul ll in late 2013. Formed in Philadelphia to primarily "play what they wanted to hear," the band quickly rose to those in the know as a force to be reckoned with. After two releases on the legendary Relapse Records, now in 2018 the band returns with Under The Influence on the Italian label Heavy Psych Sounds. Under The Influence is Ecstatic Vision-s take on some of their favorite songs by some of their biggest influences ranging from Zam Rock to the kings of early Psychedelia and Detroit rock. ECSTATIC VISION unleash UNDER THE INFLUENCE, a collection of six RAW, FUZZY, PSYCHEDELIC slabs of COSMIC ROCK. UNDER THE INFLUENCE sees the band covering tracks by some of their biggest influences< The primitive stoner doom sounds that came out of ZAMBIA in the early∣ 70s that is known as ZAM ROCK, the godfathers of space/rock HAWKWIND, and the early kings of Detroit rock n- Roll THE MC5, all delivered with ECSTATIC VISION-s signature bone crushing, blown/out in/all/the/right/ways recording style.

Suspiral
Delve Into The Mysteries Of Trascendence

Celtic Frost
Procreation Of The Wicked