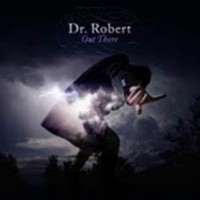 RSD 2017 / 180gram vinyl in heavy card sleeve with printed inner. 500 only pressingThe album will contain a download code to a previously unreleased track @ Twenty Pence Rd@ Originally released in 2007 but since then largely unavaliable @ Five In The Afternoon@ brings together legendary soul singer and @First Lady of Immediate@ PP Arnold and Dr Robert..better known as the leader of hit makers The Blow Monkeys. The album features ten original tracks all written and produced by Robert. It was recorded in deepest Andalucia , southern Spain after a chance meeting at a party. @ @We started singing some old Curtis Mayfield songs together and a lightbulb went on in my head..I knew we had to do something together@The additional musicians on the album include Marco Nelson on bass (Young Disciples , Paul Weller ) and Crispin Taylor on drums ( Galliano)

Lady Wray
Piece Of Me/come On In