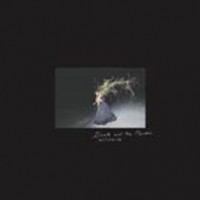 Death And The Maiden
Wisteria

Dunedin trio Death And The Maiden return with a second album of hypnotic post/punk dream/pop. Wisteria continues the exploration of the dark bounds between love and death, beauty and decay unveiled on the band's debut. Although the BPM of their shadowy sound world may have increased, the new album seems even more sombre than its predecessor, with a deeper undertow of anxiety beneath the slow/motion trance pop. The songs on Wisteria are still anchored by King's hypnotic basslines, as her vocals deliver lyrics exploring human experience within natural and unnatural worlds, but this time Hope Robertson's delay and reverb/drenched guitars break free, soaring above the decelerated, minimalist techno sounds of Danny Brady's electronic instrumentation and programmed beats, at times hinting at psychedelic surf music exotica. This unusual combination of techno, post/punk, psychedelia and dream/pop makes the new album from Death And The Maiden another beguiling proposition to explore.

Unfinished Sympathy
It's A Crush!