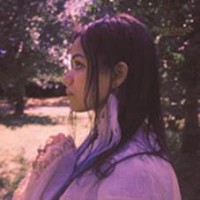 Debut solo album from Dylan Carlson, drone metal pioneer and founding member of the iconic band Earth. Carlson's musical explorations can be traced back to his pioneer/ing work with Earth, from the groundbreaking drone metal of Earth2 to the ominous instrumental twang of Hex< Or Printing in the Infernal Method. Untethered from the collaborative nature of the band, Carlson veered away from American music and mo/tifs and dug into English folklore and song traditions for his solo work. For his first full/length the guitarist returns west. In many ways, Conquistador harkens back to Hex. "This is another imaginary western," Carlson explains, "based on the real story of a conquistador and his Moorish servant in what is now the states of New Mexico, Colo/rado, Utah, Nevada, and Texas. They were gone for twenty years and had many ad/ventures before making it back to the Gulf of Mexico and returning to Mexico City and, eventually, Spain." Muses aside, there is an analogous timbre, pace, and penta/tonic aura between Carlson's latest offering and Hex. The reductionist principles that have always driven Carlson's work play an even larger role on Conquistador, with his expansive drones and austere guitar work saturating the sonic field while freed from the lock step of a rhythm section. Carlson has long been heralded as a master of minimalism, and this full/length demonstrates his ability to craft compelling symphonic compositions while exercising extreme musical frugality. Emma Ruth Rundle contributed baritone ^ slide guitar, and his wife Holly Carlson, who contributed percussion ^ whose picture graces the cover of the album. Anyone that's basked in the discographies of Earth and drcarlsonalbion will undoubtedly be enamoured with the lush sepia/toned vistas of Conquistador.