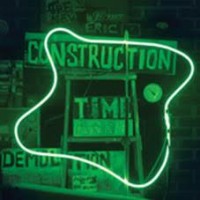 Wreckless Eric is Eric Goulden. He was given the name to hide behind. After a while he realised he was stuck with it. His recording career began in 1977 when he was little more than an ex/teenage art student with the enduring Whole Wide World *recently a Billboard chart hit all over again for the US band Cage The Elephant(. He sidestepped the mechanics of fame and became Britain-s premier underground household name, much loved and often underestimated.His new album Construction Time & Demolition is the culmination of over forty years of touring and recording / a life of hardship, creativity and getting away with it. Loud, dissonant, lyrical, sometimes gently melodic, Construction Time ^ Demolition is cogent music for desperate times.