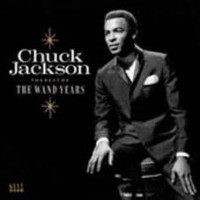 Although Chuck Jackson had eight solo LPs on Wand, there has never been a greatest hits compilation derived from all of that fine label's recordings, until now.First known to the original mods as a singer of superb ballads such as ny Day Now' and ell Him I'm Not Home', he attracted a loyal following and further releases such as Keep Forgetting', eg Me' and and It Over' demonstrated the depth of his and Wand's talents on uptempo tracks. Somewhere in between rhythmically were highlights such as wo Stupid Feet', an album/only track, and Jackson's Wand debut that first made his name in the USA, Don't Want To Cry'.By the mid/60s it was back to ballads as a stunning reading of the Skyliners' ince I Don't Have You' charted, followed closely by Goffin and King's Need You'. These two sold well so it is surprising that the superb version of the Van McCoy song Don't Want To See You Cry' was never released. Vee/Jay released Jerry Butler's version on 45 in 1965, but Jackson's rendition tops even that. Moving with the times, in 1965 Wand took Chuck to Detroit for ood Things Come To Those Who Wait' which, like hains Of Love', became firm favourites on the early Northern Soul scene, while being largely ignored in the States. Those rare soul fans rekindled their appreciation of all things Chuck in the late 80s when UK Kent Records unearthed unissued Wand recordings. They included hat's With This Loneliness' and I'd Be A( Millionaire' which filled dancefloors with new recruits and older originals who appreciated the easier pace and more soulful delivery of these gems. The compilation is crowned with a brilliant studio publicity shot of Chuck on the cover which captures both the majesty of his singing and the era.

Watson & The Sherlocks
Stading On The Corner/funky Walk

Various
For Dancers Only