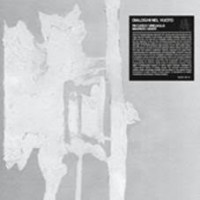 When No Pussyfooting was released in 1973 by two great pioneers like Eno and Fripp, that first whisper of their artistic association surprised many critics and fans. Yet, that kind of minimalist ambient sonority carried out by the two appeared in the ear like something absolutely new and innovative. Although nowadays we might be more accustomed to creative operations of this type, we are still fascinated, while listening, by the still possible achievement of relevant moments of musical epiphany, however distant we might be from that first eminent combination between keyboards and guitar which concerned electronic experimentation. Something similar occurred in this new collaboration between Riccardo Sinigaglia and Maurizio Abate< two generations in comparison, whose research developments unfold in the handful of different conceptions and experiences. Their music does not own a pre/defined structure< it receives its ultimate reason from the progressive and continuous metamorphosis of sound. It's all the result of spontaneous sessions, during which a predisposition towards an active trance procedure, sustained by complementary flashes of lucidity, prevails. The dominant atmosphere is entirely oneiric, perpetually doubtful, still not linked to the passive remote unconscious> it rather reminds of lucid dreams, of phosphenes, of eidetic visualizations that belong to Tibetan tradition.