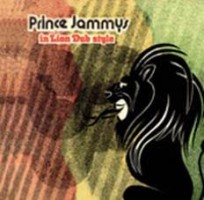 Originally released in 1978 and manufactured ^ distributed by Randy-s (the predecessor label of VP Records) a great dub album is re/pressed and available again. All tracks were mixed by Prince Jammy at an early stage of his producer career at King Tubby-s studio and recorded with the musicians Sly Dunbar, Carlton @Santa@ Davis, Robbie Shakespeare, Earl @Chinna@ Smith, Winston Wright, Keith Sterling and uncredited horn section (on some of the tracks). Includes dub and instrumental versions to the Black Uhuru classic album @Love Crisis@ & @Black Sounds Of Freedom@ and other tracks that need identification of the originals.