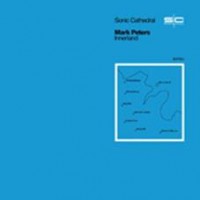 Innerland' is the first ever solo album by Engineers co/founder&songwriter and Ulrich Schnauss collaborator Mark Peters. It was originally released as a low/key limited/edition cas/sette late last year, but it sold out immediately through word of mouth and the backing of BBC Radio 6 Music's Lauren Laverne and Gideon Coe, Uncut magazine and Caught By The River. It has now been relandscaped into a larger/scale, eight/track album. A collection of instrumen/tals, with nods to Brian Eno, Talk Talk, Richard Thompson, Vini Reilly and Felt's Maurice Dee/bank, nnerland' highlights Mark's incredible musicianship, positioning his guitar rather than his voice as the focal point of the music. It also finds him reconnecting with his youth and rediscovering a sense of place, following a move back home to northwest England in late 2016, with all the songs named after local places and landmarks.