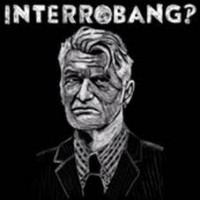 Interrobang? / with a clear vision to create something current and relevant. Something that speaks to the generations who grew up in the shadow of punk, with hopes and dreams, full of rebellion. Bruce and Hamer both have previous form as awkward troublemakers in Chumbawamba whilst Griffin was in the London louts, Regular Fries. What happened to that spark_ The eponymously entitled Interrobang? album is vocalist Bruce laid bare, torn open asunder, as he finds himself deep in those 50/something blues. Lyrically the album is an exploration of his determination to never give up the struggle despite his own malaise. He questions and rails against his own demise with song titles such as Curmudgeon, Mad As Hell and Am I Invisible Yet_ whilst still full of that anger about the state of the world in songs such as Are You Ready People_ and Here Now. He veers from the personal to the political, from the poignant to the pithy, never pulling any punches, always being brutally honest but with an ability to laugh at himself as well. Interrobang? pride themselves on their tightness and economy in these apid/fire assaults and with their crisp, cutting backing vocals the band have created an album that is pointed and precise, exciting and exhilarating. T Formed in 2012. Interrobang ? create their very own agit/punk/funkstorm. It's angular, taut, urgent, pulsating and intense.

Black Randy & Metrosquad
I Slept In An Arcade

Dropkick Murphys
The Gang's All Here

Glove
No Blades No Bones