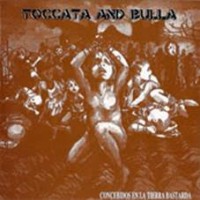 Originally trained in classical piano through his mother and some of Indonesia's legendary classical music virtuosos, Fariz made his own historical moment when he became Indonesia's legendary Pop Icon of the eighties. With his unique talent as a multi instruments musician, Fariz wrote not less than 1,760 songs within his magnificent years between 1980/2000 and still leading the role as one of the most in demand and legendary Indonesian performers and producers ever noted by history. During his brilliant career, Fariz collaborated with the most famous names in the business, locally and internationally. This stunning compilation of incredible and hard to find tracks covers his early years from 1977 to 1982. / Remastered from original sources in collaboration with the artist / Strictly Limited Edition of 500 copies / First reissue ever of collector's material

Thompson, Bob
The Sound Of Speed

Singh, Judy
A Time For Love