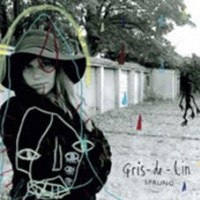 Gris/de/Lin is a songwriter and multi/instrumentalist from the Dorset coast. She-s been playing alot, live and in the studio with people like Tungg, Joe Gideon, The Duke Spirit and Gemma Ray. Finally and inbetween all those gigs she managed to record her own songs for this Debut album. A heady mix of post/rock, blues and alt/folk peppered with warped electronics. The songs are narrative and lyrical. The album was recorded in a nursery school, and saw her playing virtually all of the instruments herself / from guitars and synths to drums and saxophone. Working with producer&engineer Chris Hamilton (know for his work with Squarepusher&Torres&Kite/Base) she also drafted in Rob Ellis (P.J.Harvey&Anna Calvi) to play drums on several tracks.