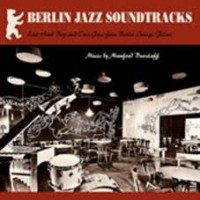 Previously unknown hard bop and cool jazz from Berlin Image Films of the 1960s, transferred and carefully restored from the original master tapes. All music by composer, vibraphonist and pianist Manfred Burzlaff *1932/2015(, a true master of harmonies, inventing improvisational concepts and experiments somewhat comparable to the famous style of the Clarke/Boland Sextet. Lost soundtracks from promotional films for the city of West/Berlin, all original material plus versions of Mobley [s ,Infra/Rae" and Tjader[s ,Crow[s Nest". Burzlaff was one of the best European vibraphonists and a great arranger, which is not just a sentence being said because he doesn-t live anymore ! Vinyl/LP exclusive ^ digital, with unseen photos and nicely written obituary by Tatjana Wulfert.