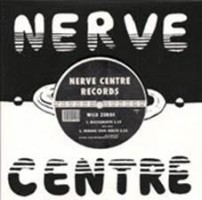 The Wild Zeros formed in Bordeaux in 2007 and are an integral part of the French Garage punk sce/ne and their members make up a tonne of terrific bands including Magnetix, Pneumonias, Mean Things, Skeptics and Wylde Tryfles. They have been touring all over France for over ten years includ/ing a show with Power Pop& First wave punk legends The Zeros as well as Sonic Chicken 4 and Jerry Spider Gang. Four tracks of grade A Garage Punk including a terrific cover of Damage Your Health by The Cigarettes.

Blind Crows
Death Awaits Us All