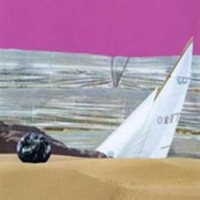 Since forming back in 2008, Finnish garage/rockers Black Lizard have been busy leading the charge in the ever/fruitful Scandinavian underground with their relentless gig schedule and a constant stream of releases. They've collaborated with the likes of Anton Newcombe and Sonic Boom and toured Europe several times, appearing at a number of festivals including Great Escape as well as sharing the stage with everyone from Brian Jonestown Massacre, DIIV, The Men, The Horrors, Allah/Las and Veronica Falls. The new album is a sublime excursion into Sixties/indebted, washed/out garage/pop / bright, vivid and lysergic, the record manages to be unapologetically nostalgic yet carve out its own glorious, introspective pastiche.