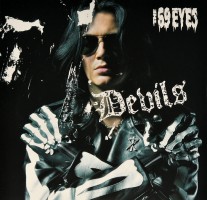 180g, white Vinyl ! Limited 500 copies ! The 10th 69 Eyes album was recorded in Stockholm and Helsinki during the spring of 2012. It was produced by Swedish team On The Verge and mixed by Stefan Boman *Kent, The Hellacopters, Backyard Babies(. It takes The 69 Eyes' Goth'n'Roll sound back to their highlights decade ago of their albums like "Blessed Be" and "Paris Kills", yet rising the singer Jyrki's voice as the main statement of the record. The man in black is back. The 69 Eyes rises. Again

Maze Of Terror
Ready To Kill