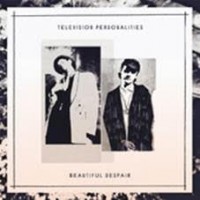 Television Personalities unreleased album. Recorded in 1990 by Jowe over a number ses/sions on a portable 4/track cassette/tape machine. "Over the course of a few weeks, we had amassed fifteen tracks, some of which ended up being re/recorded with very different ar/rangements on loser to God'. The intention was to finish and release these tracks at some point, and that time has finally arrived" / Jowe Head. Of the previously unheard songs, "I Like That in a Girl" was based on a conversation Daniel Treacy had with Lawrence of the Bir/mingham band Felt, hence the peculiar accent that Dan uses towards the end! "Love is a Four/Letter Word" was a song the band would play regularly live< it eventually evolved into "Love is Better Than War". I Suppose You Think It's Funny" displays Jowe and Daniels double/falsetto skills. "If You Fly Too High" was based on an encounter with Evan Dando of The Lemonheads. The band jammed with Evan on stage that night, play/ing some tunes by Jonathan Richman and Johnny Thunders. The song also mentions Alan McGee, who was a great fan of the TVPS. Alan openly admits that he emulated Dan's style of music, and influenced his decision to run a mod/psychedelic club, The Living Room, and to start his label, Creation.