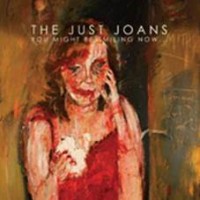 File under> UK, Indie, Indie pop, Indie rock.Formed in Glasgow in 2005, The Just Joans have evolved from a shambling two/piece to an accomplished sextet that embraces rivalry and relationship in the vocals of siblings, David and Katie Pope. Once described as he missing link between The Magnetic Fields and The Proclaimers',the band have used self/awareness and self/deprecation to continuously explore themes of angst, heart/break and detachment in their songs. From their 2006 debut album Last Tango in Motherwell through a series of successful EPs, to 2012's compilation Buckfast Bottles In The Rain, the acerbic wit in David Pope's observational lyrics have helped make the band a firm favourite of the indie/pop scene.

Boduf Songs
This Alone Above All Else...