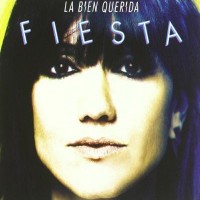 "Romancero" was a national phenomenon and a great discovery outside of our borders. After the excitement her demo stirred up, that debut album not only met but even surpassed all of our expectations. It was "album of the year" for MondoSonoro and RockDeLux (the latter placed "Romancero" among the best national albums of the decade); it also received effusive reviews all over the media, both in specialized and general news sources; and it made the cover of different publications, including some really important ones, like EP3 and MondoSonoro. Because we could hope for nothing less, the tour covered the entire Spanish map, including the big festivals (Primavera Sound, Contempopranea, FIB, South Pop, Twoday Festival...) and special events like Día de la Música (Day of Music). It was the first release on Elefant Mexico, and she was invited to open for Julieta Venegas there, in two of the most important theaters in the country (El Teatro Metropolitan in Mexico City and the Auditorio Luis Elizondo in Monterrey), where she was incredibly well received by the thousands of people who had the opportunity to see her. The album was released in the States by National Records, where it once again received enthusiastic reviews in many different media, all of which culminated in a concert at the prestigious Latin Alternative Music Conference in New York.TRACKLIST: 01. Noviembre 02. Hoy 03. Queridos Tamarindos 04. Sentido Común 05. Piensa Como Yo 06. Cuando El Amor Se Olvida 07. La Muralla China 08. Monte De Piedad 09. En El Hemisferio Austra 10. Me Quedo Por Aquí 11. Monumentos En La Luna 12. Lunes de Pascua