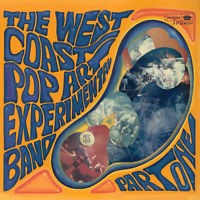 Formed in Los Angeles in 1965, The West Coast Pop ArtExperimental Band was considered by many to be Calfornia-s answer to the Velvet Underground. The group created psych&rock music that was both fragile and dreamy. -Part One- *the band-s second LP!( was originally released in 1967 on Frank Sinatra-sReprise Records. Though band leader Bob Markley and his companions didn-t achieve the fame or notoriety of other bands from the area, they have nonetheless achieved cult status among collectors. For the first time, this legendary records gets reissued in MONO, with sound from the original master tapes. GARAGE 22 TRACKS ] GREAT ARTWORK FEAT. RARE PHOTOS AND INTERVIEWS WITH MICHAEL LLOYD AND SHAUN HARRIS