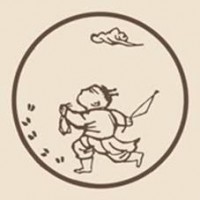 Mysterious, charming, and wavering, Scoprire Le Orme *Discover The Footsteps( represents a unique musical experience< a kind of Minimal Folk with far Eastern baroque influences. The work is a living entity, yet with a calm atmosphere interweaved with tension / the tradition here being redefined and transfigured in a very personal way with a touch of esotericism. Roberto Mazza *formerly a member of TELAIO MAGNETICO, along with Franco Battiato, Lino "Capra" Vaccina, and Juri Camisasca( has since the early seventies devoted himself to the study of both British and Scottish traditional music, with closer attention to the Hebrides archipelago. This work, originally published only on audiotape, has been recorded in complete autonomy with Mazza himself playing the compositions and utilizing instruments such as Oboe, Bardic Harp, and synthesizers.

Motorpsycho
Behind The Sun (2lp)