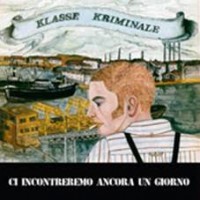 Klasse Kriminale are one of the longest running Italian punk bands, forming way back in 1985 and releasing their most recent album just a few years ago. Raised on a steady diet of The Clash, Sham 69, and other great UK groups of the late 70s and early 80s, Klasse Kriminale brought their own awesome blend of OI!, punk, ska, and reggae to the table and made some of the most memorable European punk records of the late 80s and 90s. Ci Incontreremo Ancora Un Giorno! is their second album, originally released in 1990, and reissued here in all its glory. Essential Italian punk that deserves more international acclaim and Radiation Reissues is here to bring it to them.

Plasmatics
New Hope For The Wretched

Max And The Makeups
Chasing The Monsters