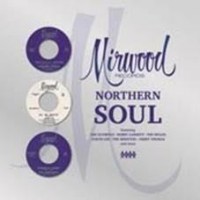 Mirwood Records' second release was Jackie Lee's he Duck', an uptempo soul swinger that became a big hit and established the Mirwood sound. The house team of producer Fred Smith, arranger James Carmichael, songwriter and backing voices arranger Sherlie Matthews, along with contributions from veteran singer&songwriters Bobby Relf and Earl Nelson *Bob ^ Earl(, made for uptempo soul perfection and they played that beat throughout 1965 and 1966. More US chart action occurred for Mirwood with the Olympics and Bob ^ Earl but much of their superlative work fell on deaf American ears. It was the British soul aficionados of the early 70s who discovered these masterpieces and played them on the burgeoning Northern Soul scene with dancers revelling in the relentless beats, pleading vocals and sassy female backing. Virtually any Jackie Lee track was a worthy contender and although they never repeated his uck' success, the company created soul classics like o The Temptation Walk', the later master tape discovery nything You Want *Any Way You Want It(' and the anthemic h My Darlin''. Bob ^ Earl's hottest number was actually the backing track to Bob's speedy y Little Girl', discovered as an accidental LP track in the late 60s. Under the same alias, Bobby Garrett, he had another monster sound with Can't Get Away'. Sherlie Matthews composed the hit ine Exclusively' for the Olympics and, in a similar stomping vein, wrote he Same Old Thing' for the group. She penned on't Pretend' for mystery trio the Belles, a studio group consisting of herself along with the Holloway sisters Brenda and Patrice, who were moonlighting while under contract at Motown and Capitol, respectively. Another Los Angeles stable under the auspices of Henry "Hank" Graham threw the Performers into the mix with Can't Stop You' and renamed singer Jimmy Conwell as Richard Temple for a 45 that epitomises Northern Soul hat Beatin' Rhythm'< a credo for a cult. More indie productions came from Eddie LaShae with the Sheppards' redoubtable tubborn Heart' and Sonny Knight's production of Curtis Lee on his own s She In Your Town'. Ex/Ike Turner sideman Jimmy Thomas landed at Mirwood in 1966 where Bob Relf recorded him on his own here There's A Will *There's A Way('. Thomas brought the Ikettes along with him< the company switched their name to the Mirettes for the Sherlie Matthews' song Wanna Do Everything For You Baby'. 14 vital mid/60s dance records which exemplify why Mirwood is a byword for the best of Northern Soul.track listingSIDE ONE1.THAT BEATIN- RHYTHM / Richard Temple 2.DO THE TEMPTATION WALK / Jackie Lee 3.THE SAME OLD THING / The Olympics 4.I WANNA DO EVERYTHING FOR YOU BABY / The Mirettes 5.MY LITTLE GIRL / The Bob ^ Earl Band 6.IS SHE IN YOUR TOWN_ / Curtis Lee 7.OH, MY DARLIN- / Jackie Lee SIDE TWO1.I CAN-T GET AWAY / Bobby Garrett 2.MINE EXCLUSIVELY / The Olympics 3.WHERE THERE-S A WILL *THERE-S A WAY( / Jimmy Thomas 4.DON-T PRETEND / The Belles 5.ANYTHING YOU WANT *ANY WAY YOU WANT IT( / Jackie Lee 6.I CAN-T STOP YOU / The Performers 7.STUBBORN HEART / The Sheppards