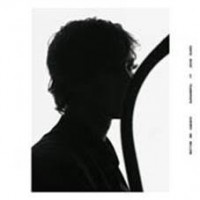 RIYL> Felt, The Wake, Orange Juice, The Pastels, Feelies, Belle and Sebastian, Rat Columns. David West is from Australia based in New York City. He-s been active in underground pop for over a decade and plays in the contemporary outfits Rat Columns, Rank&Xerox and Liberation. In the past he has participated in such groups as Lace Curtain, Burning Sensation and Total Control. DW began releasing eponymous platters in 2015 with the Night People&Happy Endin- full/length cassette Drop Out Of Collage. Cherry On Willow is DW-s audio pop vision for 2017. It differs from the last two DW releases by introducing a more collaborative framework, creating the backing group Teardrops / an open ensemble of friends and collaborators, including Bob Jones of Eaters, Louis Hooper of Rat Columns, Mikey Young of Total Control and Eddy Current Suppression Ring, Raven Mahon of Grass Widow, dynamite drummer Griffin Harrison and other supremely talented individuals from the past and future. The recordings were quite live and spontaneous, hoping to catch some of the magic involved in speed and improvisation, harvesting creative sparks from his musical colleagues and himself. The album was recorded quickly and with a -first thought best thought- philosophy, to capture an old/school pop feeling, with rough edges intact, human movements tracked and uncut. Swiping liberally from various strains of underground pop, glam, rock-n-roll, synth/pop and disco.