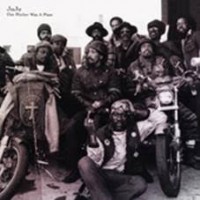 JuJu is the brainchild of Sicilian multi/instrumentalist Gioele Valenti *Lay Llamas, Her/self(. This is the the follow/up to 2016s S&T debut that was widely hailed as one of the most innova/tive psych albums of the year. Carrying on in its predecessor's footsteps, the new LP is a continua/tion of JuJu's ritualistic sonic exploration into the cultural implications of the current refugee crisis, humanities increasingly strained relationship with Mother Earth and neo/pagan mythology. Even more adventurous than the last, JuJu has changed the game for modern psychedelia once again. Calling it just a sych' record would be an injustice though, JuJu's shamanic, lysergic mantras are influenced just as much by afrobeat, krautrock, glam, post/punk, art rock, drone and just about everything in be/tween.