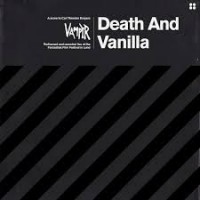 2LP black vinyl, printed inners, gatefold sleeve, download card included. "Recalling the eerie, haunt/ed ambience of Angelo Badalamenti&Julee Cruise's Twin Peaks soundtrack, Stereolab&Broadcast's experimental vision of 0s lounge muzak&exotica and French 0s pop, or the narcotic country/noir of Mazzy Star." The Guardian. It's 1932 and Danish film director Carl Theodor is making a movie of a grim tale for both French and German audiences. To get over the language barrier he decides to have the majority of dialogue on silent movie title cards. Imagine the scene, you're sleepy, you're in a strange house, you doze. Inevitably you're lured to a castle, you open a package, it's a book about horrific demons called vampyrs. The castle is manned by servants / there are also two sisters *one with bite wounds, the other in a trance/like stupor(, a doctor and an old woman complete the cast. There's a blood transfusion to save one of the sisters followed by a dream like se/quence where you're buried alive. It's a cliff hanger, we'll leave it there. Some 70 years later, what's needed is a band to play live on Hallowe'en at the Fantastisk Filmfestival, Lunds Stadsteater. One year to the day later, they release the music in a now super rare limited edition of 150 blood red cassettes. Now re/issued as a double vinyl package.

Death And Vanilla
From Above

Van Dyke Parks
The All Golden/sassafrass