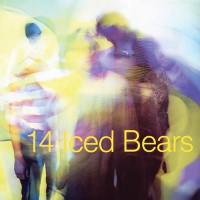 Based in Brighton, 14 Iced Bears was formed in 1985 by Robert Sekula and drummer Nick Emery. Their punky, DIY pop ethic held melody as key and technical expertise as less of an issue. They wrote catchy pop songs, which were recorded with a ramshackle charm reflecting a passion for -60s garage and psychedelia. Inspired by bands s.a. The Byrds and Velvet Underground, this set them apart from their C86 contemporaries. Their debut/album from 1988 is a masterpiece of psychedelic pop that turned a lot of heads with its ambition and skilled songcraft. The album betrayed the influence of -60s psychedelia on the group and became a hit on US college radio. This reissue is expanded with a second disc featuring 12 bonus tracks that were taken from the first three EP-s.