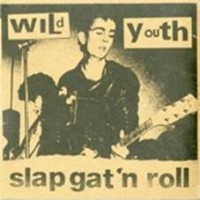 Wild Youth were the first punk band in South Africa active from 1977/1980 and released the first South African punk single ot out me_' / arguably the most collectable South African release of all time. A copy was recently sold for $1000.Wild Youth starred in the acclaimed 2012 documentary Punk In Africa.This is the definitive Wild Youth collection - the first time their various recordings, and those of offshoot band the Gay Marines have been collected together on one album.Double 180gram vinyl limited edition of 300. The set consists of a LP plus 12" EP and the recordings are from best available sources, in most cases the original master reel to reels.